In 1973, Don Johnson founded Johnson Machine Service (now known as JMS Racing Engines) in the back of a NAPA parts store.  While attaining his degree in mechanical engineering Don toured the country racing boats in the Grand National division.

In 1978, Don moved the  shop to a 2000 sq. ft. facility, acquired new equipment and expanded their customer base.

In 1983, JMS moved again to a 7000 sq.ft. facility and expanded the machining capabilities of the business.

In 1994 they moved to a 15000 sq.ft. facility in Duarte.  A state of the art 1500 horsepower DTS dyno and cell was added at this time as well.  JMS is now capable of doing all machining in house. “We are one of the few shops in the country that doesn’t send any part of an engine out” states Mike Johnson.

In 1999, his grandson Jeff joined the team.  With his fathers and grandfathers teaching, Jeff is now in charge of the assembly room and the dyno cell. 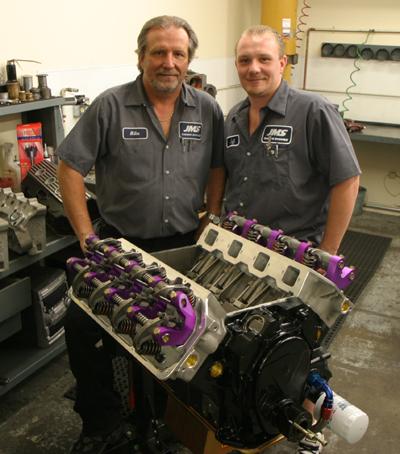